Is fate a valid ingredient to tell the story of the latest results of Fabelo's works on art auctions? Fate, luck, coincidence, numerology ... The energies that underlie, also, in artistic creation and in all the paths it takes. Number 4 is a symbol of fighting against the limits; 3 is the number of creativity, and self-expression; number 7 is a sign of wisdom, and also of spirituality and conscience; number 5 symbolizes freedom, vitality, adventure, and controversy.

Just a few days ago, on May 19 (4 + 3 + 7 + 5 = 19), the Latin American Art auction at Christie's New York included two pieces by Fabelo. Lots 1 and 2 corresponded to a bronze bust sculpture entitled “Oración Doméstica” (Domestic Pray) and the diptych “Travesía domestica” (Domestic passage), where, in Fabelo's own words, “a woman and a faun each ride on a giant rooster in a sea of household utensils and pots. That sea represents the incidents and challenges that stand between the two in achieving the paradigm of harmony and coexistence in a landscape that is both closed and open that refers to the domestic—private—world.” 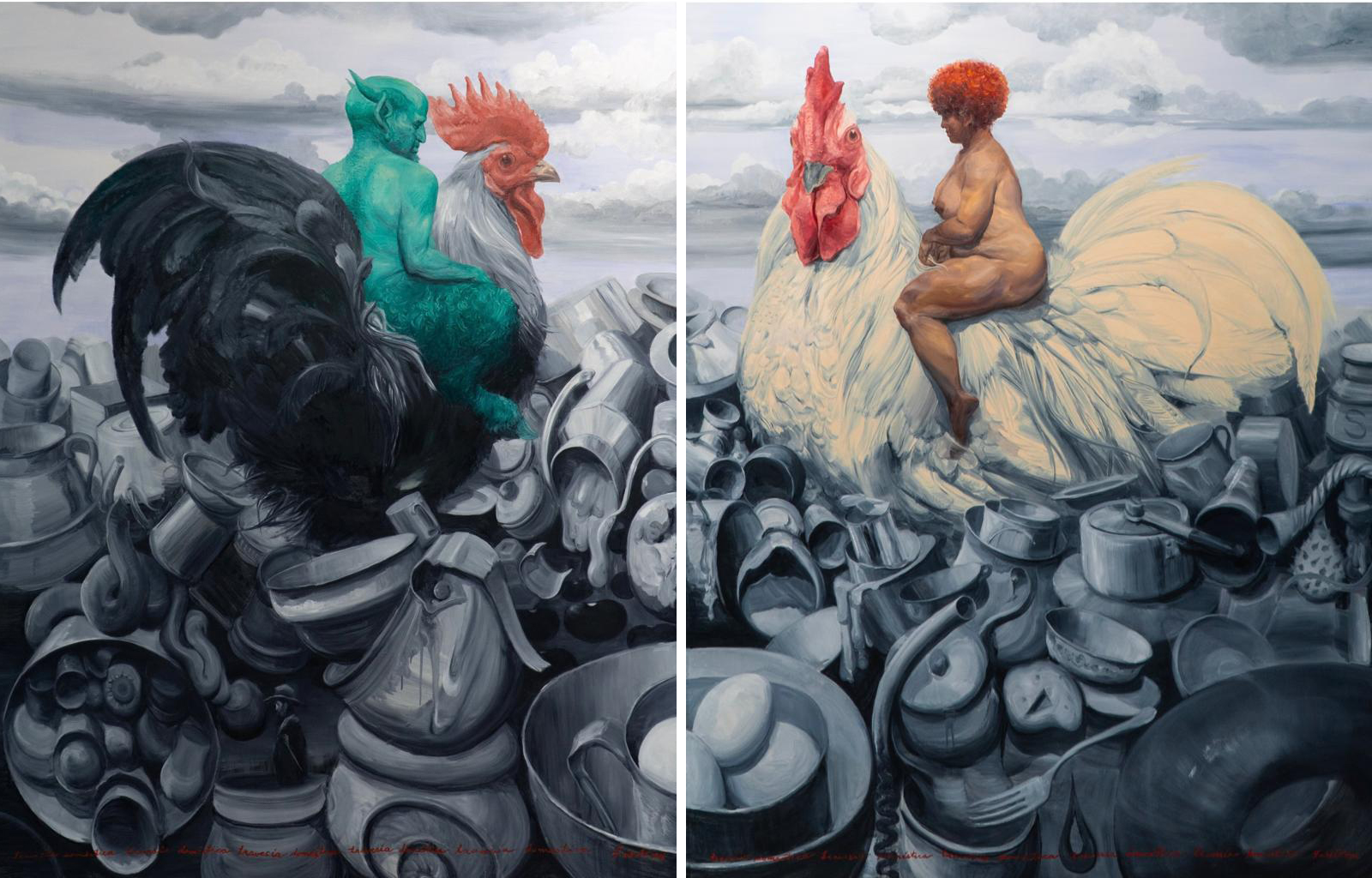 Both works achieved excellent results in the auction. Lot 2 was sold for a hammer price of $ 437,500.00. By chance, this figure has been reached by three works by Fabelo in the last six months at auctions.

Interesting and intense spring. A time for connections, to look and, perhaps, to understand the weight of the fortuitous in a world as pragmatic and structured as that of the art market.